The Ordination of Women as Rabbis: Studies and Responsa (Moreshet #14) (Paperback) 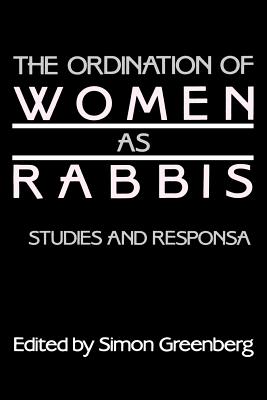 This is book number 14 in the Moreshet series.

The decision of the Jewish Theological Seminar to ordain women for the rabbinate constituted a watershed in American Jewish history. Under the leadership of then-Chancellor Gershon D. Cohen, the protracted process of decision-making at the Seminary was the first time that the halakhic case in favor of such an action was aired publicly. As Chancellor Emeritus Cohen notes in his Preface to these papers, this volume will be of interest "not only to a student of the place of women in Jewish law, but to any student of Halakhah, for uinderlying the opinions on the admission of women to the Rabbinical School is the fundamental question of the role of social forces in the shaping of the Halakhah." Included in this important volume are studies and responsa by Seminary faculty including Joseph Brodie, Israel Francus, Robert Gordus, Simon Greenberg, Anne Lapidus Lerner, Mayer Rabinowitz, David Roskies, Joel Roth and Gordon Tucker.