The Unravelling: Incest and the Destruction of a Family (Regina Collection #18) (Paperback) 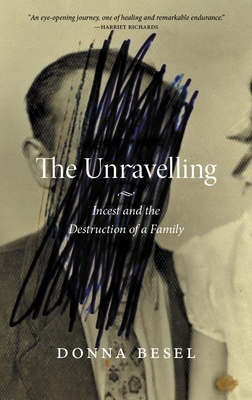 In a family torn apart by sexual violence, a daughter finds clarity and redemption in telling her story

It's the antithesis of why a wedding should be memorable. In 1992, at a sister's nuptials, Besel family members discovered that their father, Jock Besel, had molested their youngest sister. As more survivors came forward, the family realized that their father had sexually assaulted four of the six sisters in a family of eleven children, and had been doing so for years. Despite there being enough evidence to charge their father, the trial and prosecution rocked the Besel family and deeply divided their small rural community. The Unravelling is a brave, riveting telling of the destruction caused by sexual assault, and the physical, psychological, emotional, financial, and legal tolls survivors often shoulder. Donna Besel offers an honest portrayal of the years-long police process from disclosure to prosecution, offering readers greater insight into the challenges victims face and the remarkable strength and survival that makes their fight for justice possible.

Donna Besel grew up in Whiteshell Provincial Park and now lives on the shores of the Winnipeg River. Her first book, Lessons from a Nude Man, is a collection of short stories set in the boreal forest.