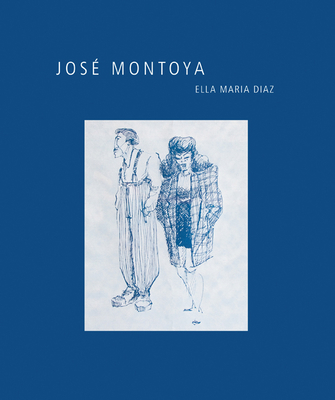 A generously illustrated account of the life and work of the prominent Chicano artist, educator, and activist

José Montoya (1932–2013) was a leading figure in bilingual and bicultural expression drawn from barrio life as a defining feature of U.S. culture. As an artist, poet, and musician, he produced iconic works depicting pachuco and pachuca culture based on his own experiences as a youth after World War II. These include the poem “El Louie” as well as thousands of political posters and masterful sketches. Montoya cofounded the art collective Royal Chicano Air Force and helped organize for the United Farm Workers. An influential educator, he established the Barrio Art Program in the early 1970s, and taught at California State University, Sacramento.

Author Ella Maria Diaz examines a remarkable career that traversed decades, languages, media, and genres. This book is illustrated with reproductions of Montoya’s art from rarely seen archival slides and documents, as well as from private collections and the Montoya estate. Through oral histories and archival research, Diaz proposes a new model for the study of Latina/o/x artists who reject the boundaries between visual art, poetry, music, education, and community activism.

This book is distributed for the Chicano Studies Research Center at UCLA.

Ella Maria Diaz is associate professor in English and Latina/o Studies at Cornell University. She is the author of Flying Under the Radar with the Royal Chicano Air Force: Mapping a Chicano/a Art History (University of Texas Press, 2017).