The Story of Swahili (Africa in World History) (Hardcover) 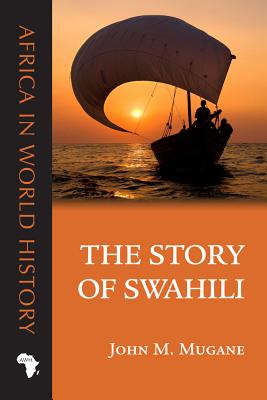 By John M. Mugane
This item is not available.

Swahili was once an obscure dialect of an East African Bantu language. Today more than one hundred million people use it: Swahili is to eastern and central Africa what English is to the world. From its embrace in the 1960s by the black freedom movement in the United States to its adoption in 2004 as the African Union’s official language, Swahili has become a truly international language. How this came about and why, of all African languages, it happened only to Swahili is the story that John M. Mugane sets out to explore.

The remarkable adaptability of Swahili has allowed Africans and others to tailor the language to their needs, extending its influence far beyond its place of origin. Its symbolic as well as its practical power has evolved from its status as a language of contact among diverse cultures, even as it embodies the history of communities in eastern and central Africa and throughout the Indian Ocean world.

The Story of Swahili calls for a reevaluation of the widespread assumption that cultural superiority, military conquest, and economic dominance determine a language’s prosperity. This sweeping history gives a vibrant, living language its due, highlighting its nimbleness from its beginnings to its place today in the fast-changing world of global communication.

“The story of Swahili is one of globalization, cosmopolitanism, and creolization over the past 500 years. This book will stand on the shelf next to works such as Paul Gilroy’s Black Atlantic and Abdul Sheriff’s Dhow Cultures of the Indian Ocean: Cosmopolitanism, Commerce and Islam.”—Emmanuel Akyeampong, professor of history and of African and African American studies, Harvard University