Maps of the Ancient Sea Kings: Evidence of Advanced Civilization in the Ice Age (Paperback) 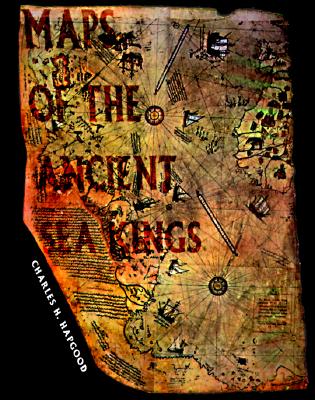 Charles Hapgood's classic 1966 book on ancient maps is back in print after 20 years. Hapgood produces concrete evidence of an advanced worldwide civilization existing many thousands of years before ancient Egypt. He has found the evidence in many beautiful maps long known to scholars, the Piri Reis Map that shows Antarctica, the Hadji Ahmed map, the Oronteus Finaeus and other amazing maps. Hapgood concluded that these maps were made from more ancient maps from the various ancient archives around the world, now lost. Hapgood also concluded that the ancient mapmakers were in some ways much more advanced scientifically than Europe in the 16th century, or than the ancient civilizations of Greece, Egypt, and Babylonian. Not only were these unknown people more advanced in mapmaking than any people prior to the 18th century, it appears they mapped all the continents. The Americas were mapped thousands of years before Columbus. Antarctica was mapped when its coasts were free of ice. There is evidence that these people must have lived when the ice age had not yet ended in the Northern Hemisphere and when Alaska was still connected with Siberia by the Pleistocene, ice age "land bridge.