The Enigma of Egill: The Saga, the Viking Poet, and Snorri Sturluson (Islandica #57) (Hardcover) 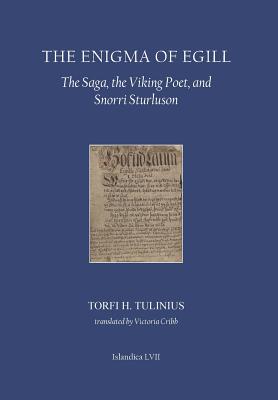 By Torfi H. Tulinius, Victoria Cribb (Translator)
This item is not available.

Egil's Saga, composed some eight hundred years ago to relate the life and times of Egill Skallagrimsson, the Viking poet and Icelander of the tenth century, is a major prose narrative thought by many scholars to be written by Snorri Sturluson, the great medieval historiographer of Iceland. Essential elements for understanding Egils saga in its time and place include, among others, the settlement of Iceland, the relationship between Icelanders and Norwegian kings, and the Christianization of the Norse world as pagan beliefs receded. The saga, one of the longest and best-structured in the medieval Icelandic literary canon, is, in the words of Torfi Tulinius, a story "of how people create an image of their past to give meaning to what is happening in their lives or of those that surround them."In a close reading of the saga, Tulinius brings forth the complex relationship between structure and meaning in the saga, as well as hitherto unnoticed references to Scripture that suggest a Christian interpretation of the main protagonist's life. A careful analysis of Snorri Sturluson's life and times allows Torfi to propose a context for a fuller perception of Egil's Saga as a great work of art.

Torfi H. Tulinius is Professor of Icelandic Medieval Studies at the University of Iceland. He is the author of The Matter of the North: The Rise of Literary Fiction in Thirteenth-Century Iceland.