Language of Power: Feasting and Gift-Giving in Medieval Iceland and Its Sagas (Islandica #60) (Hardcover) 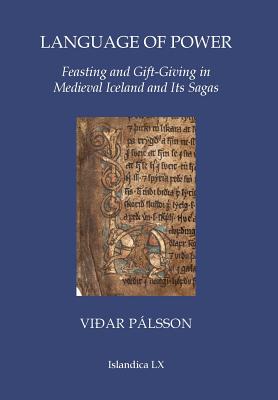 By Viðar Pálsson
This item is not available.

In Language of Power, Vi ar P lsson addresses pre-modern European power relationships that provide the context for narratives of feasts and exchanges of gifts so conspicuous in the Icelandic sagas. Vi ar's point of departure considers 'comparative perspectives on rituals, the sociology of power, and pre-state political cultures in Europe, ' focusing on medieval Europe and its political and cultural heritage from classical antiquity, before proceeding to a similar contemplation of sagas of kings of Norway and sagas of the Icelandic commonwealth. In writing for scholars of Icelandic sagas and for scholars of medieval European cultures of power, Vi ar analyzes in depth the demonstrative character of friendship in this pre-modern world as it derives from classical manifestations of amicitia.