Chronicle of the Guayaki Indians (Paperback) 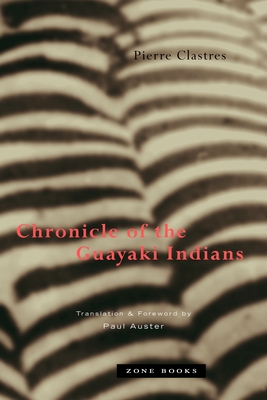 Pierre Clastres (1934-1979) was one of the most respected political anthropologists of our time. Chronicle of the Guayaki Indians is an account of his first fieldwork in the early 1960s--an encounter with a small, unique, and now vanished Paraguayan tribe. From Birth to The End, Clastres follows the Guayakis in their everyday lives, determined to record every detail of their history, ritual, myths, and culture in order to answer the many questions prompted by his personal experiences. Now available for the first time in English in a beautiful translation by the novelist Paul Auster, Chronicle of the Guayaki Indians will alter radically not only the Western academic conventions in which other cultures are thought but also the discipline of political anthropology itself.

Daniel C. Esty, formerly a top official with the U.S. Environmental Protection Agency, is Professor of Environmental Law and Policy at Yale University and Associate Dean of the Yale School of Forestry and Environmental Studies.