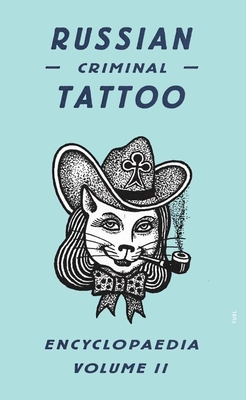 Danzig Baldaev's father was an academic, an ethnologist who found himself imprisoned under Soviet rule as an enemy of the people. In fact much of Baldaev's family moved through the Soviet prison system, while he became a guard. At his father's suggestion, Danzig used his access to document and study the tattoos that were pervasive among the truly criminal portion of the prison population, the vory v zakonye, or legitimate thieves, a semi-professional class who kept their own brutal laws. During his 30 years supervising inmates in St. Petersburg's notorious Kresty Prison, Baldaev recorded more than 3,000 of their tattoos and parsed their meanings, in the drawings and text that made the first volume of the Russian Criminal Tattoo Encyclopedia a bestseller. This essential second volume, which collects all-new, previously unseen photographs and drawings, goes to the extremes of his incredible collection. Sergei Vasiliev's photographs authenticate the images, Baldaev's drawings make sense of them and through them both we glimpse an extraordinary world where the criminal's position, history and even sexual preference are displayed indelibly on his body.