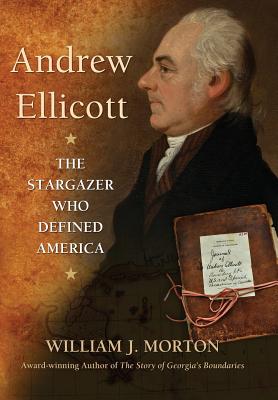 By William J. Morton
This item is not available.

Andrew Ellicott: The Stargazer Who Defined America is a close study of this unquestionably major achievement-the monumental United States/Spanish survey dividing the thirteen original states from the property owned by His Catholic Majesty, Charles V of Spain. This never-before-told story is an important piece of American history and tells of a four year venture that fell on the shoulders of one man. His success would make a huge difference in the security and commerce of the struggling United States. The story involves the complex details of diplomacy in dealing with the dilatory Spanish, the technical and physical problems of measuring and marking a 500 mile line through dense woods and swamps and interacting with angry Indians through whose property they were trespassing. Andrew Ellicott was a second generation Pennsylvanian who served as a major in the Maryland Militia during the Revolutionary War. Without much of a formal education, he became the most famous astronomer-surveyor in America. The Pennsylvania legislature appointed him to survey all their boundaries and he would eventually survey the boundaries of thirteen states, more than anyone in the history of the United States before or since. President George Washington and Secretary of State Thomas Jefferson asked him to survey the ten square mile District of Columbia and many of the boulevards and squares in the new federal capital. However, his most ambitious task was in surveying the first international boundary line of the United States. This story provides a stunning record of a critical moment in American history and his four-year-long efforts are the stuff of fiction. Here are adventures into unknown territory fraught with physical hazard and personal danger, encounters with hostile Indians, Spanish spies, and a cast of remarkable characters. Revealed in his letters home, there is also a warm tale of spousal devotion despite his having a washerwoman as a mistress.