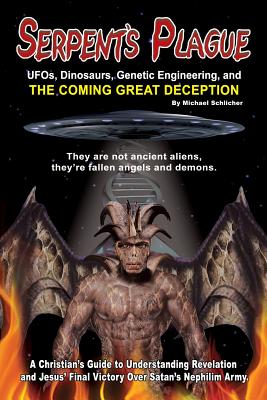 ­­­In the book of Matthew, Jesus warned his disciples the world would be like the days of Noah prior to his second coming. So, what exactly were those days like? According to Genesis 6:5, the human race had become so completely wicked prior to the flood that every thought of mankind was evil all the time. In addition to the humans, Genesis 6:7 states God specifically sent the flood to destroy all the animals, the birds and the creatures that moved along the ground. In our study we will discover what happened during the days of Noah's lifetime that caused man and the animals to anger God. The answers to this question are very disturbing and are rarely discussed in church, but are key to understanding the events prophesied in Revelation. The books of Genesis, Enoch, Jubilees, and Jasher provide very strange details on fallen angels' interactions with all life on Earth that brought about God's wrath during the days of Noah. The accounts described in these books provide a of very shocking template for the events that are now taking place in our modern world.

Here are some of the topics examined in Serpent's Plague:

- Mark of the beast - Genetic engineering - Darwinism - Transgender movement - Satan's PC police- the culture engineers - Super-soldiers and transhumanism - Scripture references to the great deception - GMOs - Human Genome Project - Synthetic DNA and the return of the fallen ones - Rapture of the church - Defiled animals, dinosaurs, and demigods - The Bible vs. Darwin- the age of the Earth - - Revelation timeline and judgments of the Lamb - The new Jerusalem and eternity - Rebuilding of the Jewish temple - 144,000 Jewish evangelists - War in Heaven - Arrival of the great deception - The False Prophet and Mystery Babylon - Final battle for Jerusalem - The arrival of the King of Kings - 1,000 years rule