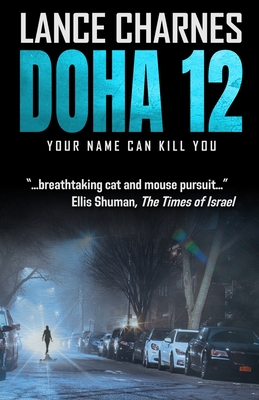 Jake Eldar's and Miriam Schaffer's names may kill them. Jake manages a bookstore in Brooklyn. Miriam is a secretary at a Philadelphia law firm. Both grew up in Israel and emigrated to build new lives in America. Neither knows the other exists...until the Israeli intelligence agency Mossad uses their identities in an operation to assassinate a high-ranking Hezbollah commander in Doha, Qatar. Now Hezbollah plans to kill them both. Jake, Miriam and ten other innocents in five countries - the Doha 12 - awake to find their identities stolen and their lives caught between Mossad and Hezbollah in an international game of murder and reprisal. Jake stumbles upon Hezbollah's plot but can't convince the police it exists. When his wife is murdered in a botched hit meant for him, Jake and Miriam try desperately to outrun and outfight their pursuers while shielding Jake's young daughter from the killers on their trail. Hezbollah, however, has a fallback plan: hundreds of people will die if Jake and Miriam survive. Inspired by actual events, Doha 12 will sweep you from the suburbs of Beirut and Tel Aviv to a pulse-pounding climax in the wintry streets of Manhattan as Jake and Miriam race along the thin, faded gray line between good and bad, hero and villain, truth and lies.