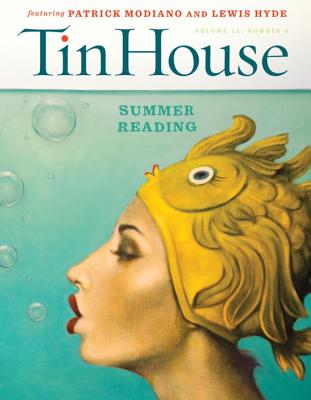 This is book number 64 in the Tin House Magazine series.

Tin House's Summer Reading brings you all the things you've come to expect from the acclaimed literary journal. Packed with thrilling fiction, introspective essays, and artful poetry, this issue is perfect company for an afternoon in the shade.

Summer Reading 2015 features previously untranslated work from 2014 Nobel Prize winner Patrick Modiano on Paris and a timely essay from Lewis Hyde revisiting the 1964 murder of two young black men in Mississippi. In addition to these works by established authors, this issue also presents work from five New Voices in fiction, nonfiction, and poetry.