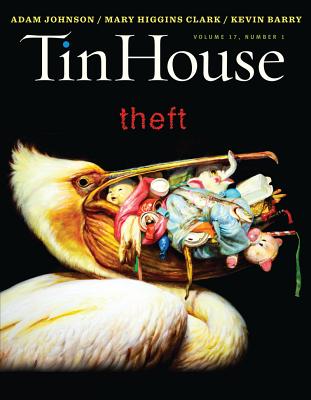 This is book number 65 in the Tin House Magazine series.

“Talent borrows, genius steals” is usually attributed to Oscar Wilde, and occasionally Pablo Picasso. There is, however, no record of either one actually saying or writing this. T. S. Eliot, on the other hand, wrote, “Immature poets imitate; mature poets steal; bad poets deface what they take, and good poets make it into something better, or at least something different.” Theft and appropriation have always been artistic engines, and in this issue of Tin House, those engines run hot . . .