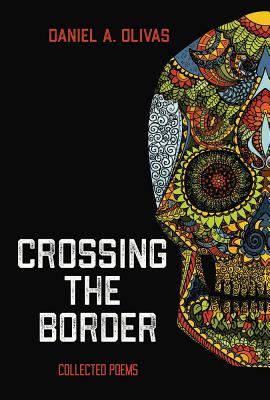 From acclaimed fiction writer and book critic, Daniel A. Olivas, comes his first collection of poetry, Crossing the Border. These narrative poems delve deeply into the many ways we cross borders of race, culture, language, religion, and privilege. With humor and pathos, Olivas draws from his own life and from the stories of others to serve as a witness to the great variety of experiences that make us human. With grace and eloquence, he invites readers to cross these borders with him on this intense but necessary journey.

Daniel A. Olivas, the grandson of Mexican immigrants, is an award-winning author of eight books including The King of Lighting Fixtures: Stories (University of Arizona Press, fall 2017), Things We Do Not Talk About: Exploring Latino/a Literature through Essays and Interviews (San Diego State University Press, 2014), and The Book of Want: A Novel (University of Arizona Press, 2011). He is also the co-editor of The Coiled Serpent: Poets Arising from the Cultural Quakes and Shifts of Los Angeles (Tía Chucha Press, 2016), and editor of Latinos in Lotusland: An Anthology of Contemporary Southern California Literature (Bilingual Press, 2008). His writing has been widely anthologized including in LA Fiction Anthology: Southland Stories by Southland Writers (Red Hen Press, 2016), New California Writing (Heyday Books, 2012), and Sudden Fiction Latino: Short-Short Stories from the United States and Latin America (W. W. Norton, 2010). Olivas has written for many publications including The New York Times, Los Angeles Times, Los Angeles Review of Books, Jewish Journal, California Lawyer, LAObserved, and La Bloga. Olivas earned his degree in English literature from Stanford University, and law degree from the University of California, Los Angeles. Since 1990, he has served as an attorney in the California Department of Justice’s Public Rights Division. Olivas and his wife make their home in Los Angeles and are the parents of an adult son.