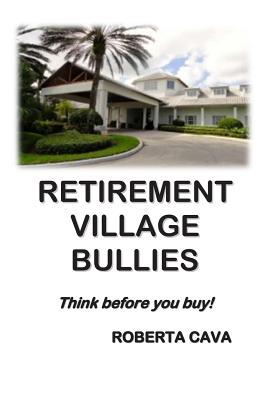 After his wife of 44 years died, a retired gentleman living in a Retirement Village started dating another woman. When their courtship progressed to the level where he wished his lady to stay overnight he learned that they would have to report to "mother" the General Manager of the retirement village. How embarrassing for this senior couple to have to report in this manner to a woman in her early thirties.Later, when they decided to live together, they ran into strong resistance from the General Manager who offered three choices for them to choose from that would allow the woman to live with him. All three choices were short of being ridiculous. The woman violently opposed the arbitrary and derogatory way she was treated at the meeting and stated she felt that the Operators were taking advantage of elderly persons who were captive to the terms they set for them to live in their own homes. The General Manager then banned his partner from living in the village, one week before she was to move in with him.This book relates to the day-to-day events that took place before and after the Operators banned the woman from the retirement village. It identifies the extreme powers and favouritism given by the Queensland Retirement Village Act 1999 towards the village land owners instead of to the people who buy the actual homes.

This is the seventh book Roberta Cava has written relating to the theme of Dealing with Difficult People. This book identifies the problems she faced when she tried to move in with the man she loved. She has written 25 books and will be writing more.