The Street Agent: He took on the mob, the Klan and the terrorists-The true story (Paperback) 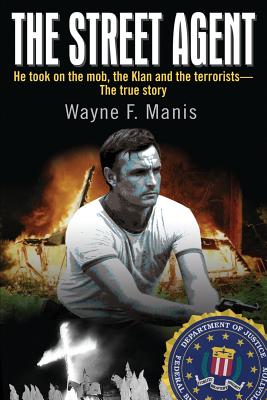 Within the FBI, the street agent is known as the heart of the Bureau. He or she discovers and detects criminal activity then decides how best to attack it. Once the target is defined and a plan is formulated, the street agent hits the bricks and systematically dismantles and destroys the criminal enterprise.

Wayne Manis was known as a street agent and few agents in the history of the FBI have traveled as diverse a course as he did during his career. On the extreme left, he was undercover with the violent faction of The Weather Underground. On the extreme right, he worked with the Ku Klux Klan and investigated the Aryan Nations and somewhere in between with the Mafia and their related organized crime figures. As a team leader of an FBI SWAT Team, he engaged bank robbers, fugitives and terrorists in armed confrontations and participated in his share of shootings and killings; not killings of anonymous or unfamiliar persons but people he knew, some in his community where he knew members of their family. They were people he pursued and investigated for years. Their stories intertwine with his.

These stories are personal to the author and compelling. Near the end of his fascinating career, Wayne Manis spearheaded the F.B.I's largest domestic terrorism investigation prior to the Oklahoma City Bombing. Directed at a white supremacist group known as The Order, he led a team of agents in the search for terrorists who threatened the members of the U. S. Congress and sent them a formal Declaration of War. They assassinated their enemies, committed multiple bombings, and robberies, including a 3.6 million dollar robbery of a Brink's armored truck. With their stolen money, they purchased state of the art weaponry to engage the FBI in armed confrontations. The investigation was the #1 case in the FBI and the Director was briefed daily on its progress. As the case agent in charge of the investigation, author Wayne Manis lived this war between the FBI Agents and the terrorists and survived a fiery gun battle in a secluded hideout with the terrorist group's leader.

The Street Agent contains selected stories in which Wayne Manis was the case agent and takes the reader into the fast moving, pulsating excitement of the chase and confrontation with his SWAT Team and the breathtaking life as an undercover operative. Events are related through the author's eyes as they unfolded with terrorists, Klansmen, mobsters, and murderers. The author, now able to tell the tale of these incredible cases, gives the reader a no-holds-barred book providing a view inside the FBI on the street level where courage is an absolute necessity and dedication and resolution never-ending.