mPalermu, Dancers, and Other Plays (Paperback) 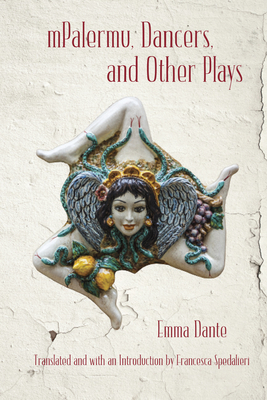 Emma Dante’s passionate and brutal plays stem from a need to confront important familial and societal realities in contemporary southern Italy. Her twenty-first century tales challenge stereotypes of the country and stage acts of resistance against the social, political, and economic conditions of Sicily. The seven works in this anthology paint a complex image of the peninsula through stories of disenfranchisement, misogyny, deep-set bigotry, and religious hypocrisy that reveal economic disparities between the north and south of the country, oppressive gender relations, and deep rooted mafioso-like attitudes. Dante’s lyrical and visceral storytelling oscillates between the humorous and the tragic aspects of everyday life, undertaking an irreverent subversion of the status quo with its extreme physicality and unsettling imagery.
This exquisite first English translation of Emma Dante’s work enables English-speaking readers, theatre scholars, and directors alike to encounter character-driven “civic theatre” with its portraits of individuals existing at the fringes of Italy. Ultimately, it allows us to “listen” to those who are not given a voice anywhere else.

Born in Palermo in 1967, Emma Dante is a playwright and director. Francesca Spedalieri is a visiting assistant professor of English and women’s, gender, and sexuality studies at Stony Brook University.

"The Sicilian playwright Emma Dante is the subject of Francesca Spedalieri’s essay and her translation of an excerpt of the play mPalermu. Spedalieri traces how the interweaving of Palermitan dialect and standard Italian recapitulates the characters’ ambiguous position between their regional identity and their longing to join the cultural and linguistic mainstream of a country that relegates them to near-colonial status. Spedalieri’s 'foreignized' translation makes this contradiction audible, palpable to English-speaking audiences."
— Ralf Remshardt

"While in Faulkner’s The Sound and The Fury the simultaneous existence of past, present, and future is, for the protagonist, an element of alienation, in Dante’s trilogy it is the essence itself of her playwriting.
Temporal compression is the font of dynamic energy that keeps her theatrical universe alive.
A universe that knows well that it can only exist on an empty stage. It knows it can’t live elsewhere, it is denied even papier mâché facsimiles or a paper sky. And so it happens that characters do not hesitate to reveal this self-awareness to the spectators – often speaking to them directly, threatening them, or attempting to distract them by telling them stories. At times, the characters are self-conscious of the gaze of the audience, they feel their intimacy too exposed to others’ eyes, they’d like to act in secrecy, hidden from them, but they can’t. They are condemned to consciously perform themselves forever. Which is, after all, the sentence facing today’s humankind."

— Andrea Camilleri, director and novelist, including the “Inspector Montalbano” novels. From the Preface to Carnezzeria by Fazi Editori. Translated by Francesca Spedalieri

"[...] an example of “civic theatre;” a theatre striving for social justice that touches upon disparate social concerns, from gender inequality and gendered violence, to long-standing economic and cultural dynamics of power within the Italian nation."
— Francesca Spedalieri