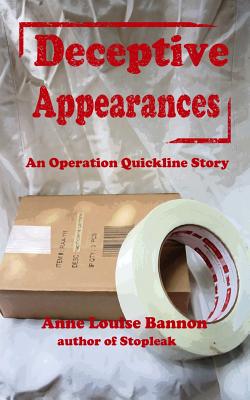 This is book number 3 in the Operation Quickline series.

Sid Hackbirn and Lisa Wycherly knew that their latest assignment in Lake Tahoe was not going to be your basic pick up of secrets. After all, their bosses upline sent them as people who would never be suspected as the domestic espionage agents they were. Lisa had grown up in Lake Tahoe and had a reputation as a very good girl.

But it was Sid who first ran into an old friend from high school - his teacher and former lover Della Riordan, who was murdered shortly after leaving Sid. Then Lisa found a small box filled with cocaine instead of the coded instructions she'd been expecting. Sid fell under the scrutiny of Detective Lehrer, who also had it in for Lisa thanks to a bad relationship he had with Lisa's father, Bill Wycherly.

Then Lisa discovered that the manager of her father's sporting good store had disappeared and she ended up substituting. The only thing that could make the whole investigation worse was Lisa's parents arriving home early from a trip. And finding out that Bill Wycherly's store might just be at the center of a drug ring, let alone a spy selling secrets to the other side.