The Philosophy of Spinoza (Paperback) 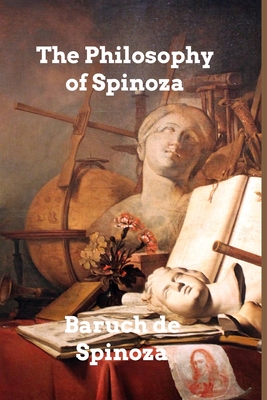 The Philosophy of Spinoza is a definitive collection of philosophical works by the great Dutch 17th Century philosopher, Baruch de Spinoza.

Baruch (de) Spinoza (24 November 1632 - 21 February 1677) was a Dutch philosopher of Portuguese Sephardi Jewish origin. One of the foremost exponents of 17th-century Rationalism and one of the early and seminal thinkers of the Enlightenment and modern biblical criticism including modern conceptions of the self and the universe he came to be considered "one of the most important philosophers-and certainly the most radical-of the early modern period." Inspired by the groundbreaking ideas of Ren Descartes, Spinoza became a leading philosophical figure of the Dutch Golden Age. Spinoza's given name, which means "Blessed", varies among different languages. In the Netherlands he used the Portuguese name Bento. In his works in Latin, he used the name Benedictus de Spinoza.