From Hell 2 Heaven: Through the Eyes of a P.I. (Paperback) 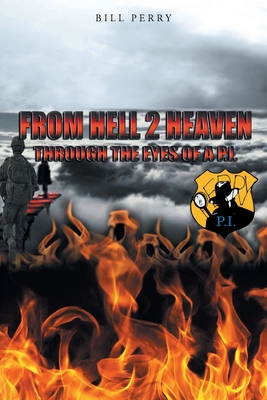 This book is about what a soldier goes through while in combat in the Middle East and returning home having to deal with post-traumatic stress disorder (PTSD). While on the battlefield, dealing with firefights, being shot at, and having to hear the battle cries of wounded fellow soldiers all the while trying to save yourself are very traumatic experiences. Suppressing all of these horrific ordeals creates PTSD. We will bring to light the effects of PTSD and how veterans are returning home and finding it very difficult to function in civilian life. Through personal interviews with veterans, we have had several of them advise us that there is no atheist in a foxhole; you are praying to a higher power to help you through your ordeal. Some veterans returning home don't even realize they have PTSD until something happens that triggers a relapse. Something as simple as a sudden flash of light or a transformer blowing up may trigger a relapse of PTSD; and they may become very despondent or, even worse, very angry and become violent. Every case of PTSD is different. Although it may be created from the same traumatic experiences, the outcome from each veteran may be different. Most veterans try to conceal it or deal with it themselves, but the majority of them need assistance through other means when medications don't work.

This book parallels true events that we as a private investigation agency have at one time or another encountered, even the unmentionable: human trafficking. Today's numbers show that we have the most slaves ever in the history of the world. There's danger everywhere, even by just taking a picture.

We have the answer: read the book. You will see where to go and what to do when you're unable to talk to family or close friends concerning this issue.