Sleeping with Strangers: How the Movies Shaped Desire (Hardcover) 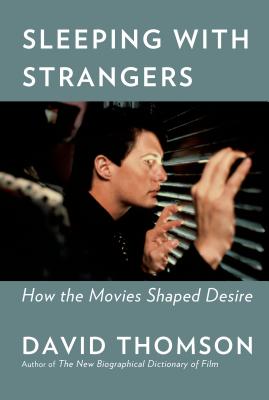 In this wholly original work of film criticism, David Thomson, celebrated author of The Biographical Dictionary of Film, probes the many ways in which sexuality has shaped the movies—and the ways in which the movies have shaped sexuality. Exploring the tangled notions of masculinity, femininity, beauty, and sex that characterize our cinematic imagination—and drawing on examples that range from advertising to pornography, Bonnie and Clyde to Call Me by Your Name—Thomson illuminates how film as art, entertainment, and business has historically been a polite cover for a kind of erotic séance. In so doing, he casts the art and the artists we love in a new light, and reveals how film can both expose the fault lines in conventional masculinity and point the way past it, toward a more nuanced understanding of what it means to be a person with desires.

David Thomson is the author of The Biographical Dictionary of Film, Moments That Made the Movies, The Whole Equation, and the pioneering novel Suspects, which was peopled with characters from film. He lives in San Francisco.

“More original insights, provocative asides and thought-inducing speculations than several volumes of a less talented writer’s efforts . . . Thomson, a stylist extraordinaire, has written an unaccountable and irresistible book. He reminds us that in a world of increasing sham, movies have the virtue of being instructive, occasionally enlightening shams—to embrace or ignore, as the case may be, but always full of bright dreams, dark visions and glittering possibilities.” —Daphne Merkin, The New York Times Book Review

“Mr. Thomson is the finest film critic at work today . . . [He] is never more bracingly irreverent and disorderly—and funny—than when he sets about subverting the pieties attaching to ‘manly films.’” —John Banville, The Wall Street Journal

“A fearless, personal, revealing and wildly original account . . . a brand new way of looking at movie history—and a brutally frank one, too . . . This, I think, is Thomson’s most powerful book and one of the smartest ever written about sex and the movies.” —Jeff Simon, The Buffalo News

“[Thomson] has been called the greatest living writer about film . . . [He] is at his best when he’s mining . . . hidden veins of meaning, noticing a detail in a familiar film that helps you see the movie in a new way.” —Dana Stevens, The Atlantic

“Unfailingly provocative. Thomson is pretty much a walking encyclopedia of film history, and this is the kind of subject he can really sink his teeth into. Fascinating and illuminating.” —Booklist

“Thomson deploys his encyclopedic knowledge of film so genially and dexterously that readers who are movie aficionados will want to rewatch their favorites through his eyes.” —Publishers Weekly

“A typically concentrated paragraph of David Thomson offers more fervent ideas and intellectual sustenance than many—most?—books. Sleeping With Strangers is a pinwheel of delight revolving around the variegated signals of sexuality and gender identification communicated by the movies and the figures inhabiting them. Thomson makes the two-dimensions of the movies three-dimensional, and you don't have to wear those ridiculous glasses.” —Scott Eyman, author of John Wayne: Life and Legend

“Move over darling film books and make room for another irresistible beauty from David Thomson. No writer makes better love to his subject." —Patrick McGilligan, author of Young Orson: The Years of Luck and Genius on the Path to Citizen Kane