Dante in Love: A Biography (Paperback) 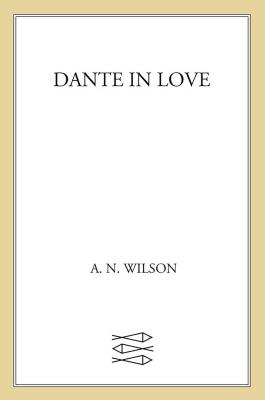 For William Butler Yeats, Dante Alighieri was "the chief imagination of Christendom." For T. S. Eliot, he was of supreme importance, both as poet and philosopher. Coleridge championed his introduction to an English readership. Tennyson based his poem "Ulysses" on lines from the Inferno. Byron chastised an "Ungrateful Florence" for exiling Dante. The Divine Comedy resonates across five hundred years of our literary canon.

In Dante in Love, A. N. Wilson presents a glittering study of an artist and his world, arguing that without an understanding of medieval Florence, it is impossible to grasp the meaning of Dante's great poem. He explains how the Italian states were at that time locked into violent feuds, mirrored in the ferocious competition between the Holy Roman Empire and the Papacy. He shows how Dante's preoccupations with classical mythology, numerology, and the great Christian philosophers inform every line of the Comedy.

Dante in Love also explores the enigma of the man who never wrote about the mother of his children, yet immortalized the mysterious Beatrice whom he barely knew. With a biographer's eye for detail and a novelist's comprehension of the creative process, A. N. Wilson paints a masterful portrait of Dante Alighieri and unlocks one of the seminal works of literature for a new generation of readers.

A. N. WILSON is an English writer and journalist who has written numerous critical biographies, novels, essays, and popular histories. He is an occasional columnist for the Daily Mail, The Times Literary Supplement, New Statesman, The Spectator, and The Observer. His books The Victorians, Dante in Love, and After the Victorians, have garnered considerable critical and popular praise. He lives in London.

“A. N. Wilson has a marvelous facility for bringing distant worlds up close....Read Wilson's book, pick up that copy of the Commedia, and try again.” —Los Angeles Times

“Accurate, lively, sometimes polemical, and always delicately devout. There is little to disagree with here, and much that encourages conversation.” —Financial Times (London)

“For this reader, Wilson's loving, human Dante, a Dante immersed in the Italian landscape, [is] a new Dante entirely….Compelling.” —The American Scholar

“Not just a thoroughly readable, illuminating story but, with its fascinating store of detail, a practical reference volume…A worthy vade mecum with which to explore Dante's masterpiece itself.” —The Independent (London)