The Executive Order: A Novel (Hardcover) 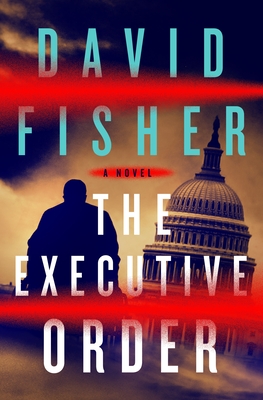 In David Fisher's The Executive Order, this one-step-ahead-of-the-headlines thriller, a reporter races to uncover a conspiracy when he learns that the post-Trump president elected to heal the nation has more sinister plans.

In a post-Trump and Biden world, an independent senator, Ian Wrightman, is elected president to heal a nation frayed by extreme partisanship. After years of reporting chaos in the White House, digital journalist Rollie Stone and his colleagues embrace the normalcy. But after the country is rocked by a series of devastating terrorist attacks, the new administration springs into action and begins rolling out executive orders that claim to protect the American people—while slowly chipping away at their constitutional freedoms.

Rollie Stone is a wounded warrior whose hi-tech Mighty Chair serves as his unique assistant in investigations. When he uncovers evidence that the terrorist attacks are being coordinated much closer to home, he knows he needs to get this information into safe hands—but the president has declared war, and through his new executive powers is rounding up journalists, dissenters, and anyone else who gets in his way. Forced on the run with the help of an underground resistance movement, Rollie finds himself in a race for his life to reveal the truth. But who can he trust?

In this all-too-realistic thriller inspired by the Sinclair Lewis classic, It Can't Happen Here, one journalist will do whatever it takes to stop his country turning from democracy to dictatorship.

David Fisher is the author of more than twenty New York Times bestsellers. His work has also appeared in most major magazines and many newspapers. He lives in New York with his wife and two sons.

“If you are five-bell alarmed about the impact of Donald Trump's damage to our democratic system then you must read David Fisher's new heart-stopping thriller about what comes next: The Executive Order. High drama, savvy political insights, much smarter villains than Trump and an unlikely hero - it has it all.” –James Klurfeld, former political editor, Newsday

"A fascinating tale of intrigue." -Fredericksburg Book Review for John Adams Under Fire