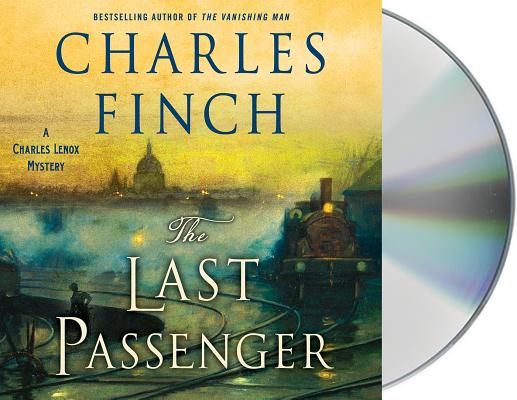 This is book number 13 in the Charles Lenox Mysteries series.

From bestselling author Charles Finch comes the third and final in a prequel trilogy to his lauded Charles Lenox series.

London, 1855. A young and eager Charles Lenox faces his toughest case yet: a murder without a single clue. Slumped in a third-class car at Paddington Station is the body of a handsome young gentleman. He has no luggage, empty pockets, and no sign of identification on his person. And putting together the clues to the mystery of the man’s identity only raises more questions, when Lenox discovers that the crime has a significant connection to America.

As he seeks to solve this impossible case, the young Lenox must confront an equally troublesome problem in his personal life. Kitty Ashbrook, beautiful and cultured, appears to be his soulmate—but love comes with obstacles of its own. In tandem, this fiendish early case and passionate, deeply felt affair will irrevocably shape the brilliant detective and thoughtful gentleman Lenox is destined to become.

Written in Charles Finch’s unmistakably witty and graceful voice, The Last Passenger is a cunning, thrilling, and deeply satisfying conclusion to this trilogy of prequels to his bestselling Charles Lenox series.

"James Langton offers a splendid narration...He makes the thefts, kidnapping, and murder a delicious puzzle for the struggling young detective and for listeners, as well." — AudioFile Magazine on The Vanishing Man

"James Langton's vocal interpretation of Lenox adds a layer of humanity to the reserved detective...Langton gives each of the book's prominent characters a distinctive voice, but his main success is the vocal personality he provides Lenox." — Publishers Weekly on A Beautiful Blue Death

James Langton is an actor and narrator who has performed many voice-overs and narrated numerous audiobooks, including the international bestseller The Brotherhood of the Holy Shroud by Julia Navarro, Fire Storm by Andrew Lane, and An Old Betrayal by Charles Finch. He has won multiple AudioFile Earphones Awards for his work in narration. As a voice-over artist, he has worked with a host of industrial and commercial clients including Geico, Johnson&Johnson, and ask.com. He is also a professional musician who led the internationally renowned Pasadena Roof Orchestra from 1996 to 2002. Langton was born in York, England, and is now based in New York City.