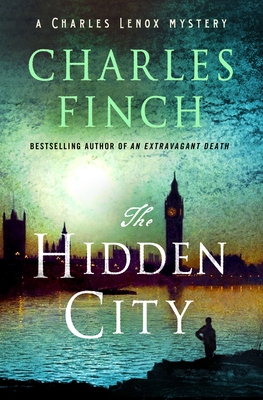 This is book number 15 in the Charles Lenox Mysteries series.

Aristocratic sleuth Charles Lenox makes a triumphant return to London from his travels to America to investigate a mystery hidden in the architecture of the city itself, in The Hidden City by critically acclaimed author Charles Finch.