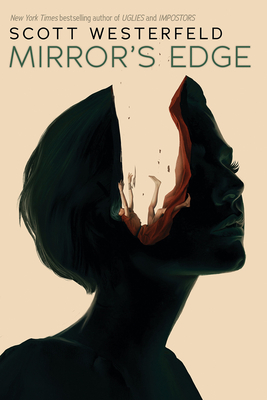 The danger rises and the deception grows in the heart-stopping third book in the New York Times bestselling Impostors series!

Frey's return to the city of her birth isn't going to be an easy one. She and her love Col must surge on new faces and bodies in order to infiltrate Shreve by dropping from the sky and landing undetected.

Frey's sister Rafi -- no longer a twin in features, but still a twin by birth -- is the wild card. Are the sisters on the same side . . . or are they playing to their own agendas? If their father is deposed from Shreve, who will take control? And what other forces may be waiting in the wings?

Mirror's Edge is another brilliant blockbuster from one of the greatest speculative writers YA fiction has ever seen, set within the world of Uglies . . . and about to converge with Uglies in a spectacular way.

Scott Westerfeld is the #1 New York Times bestselling author of the Uglies series, which has been translated into 35 languages; the Leviathan series; Afterworlds; Horizon; and many other books for young readers. He was born in Texas and alternates summers between Sydney, Australia, and New York City.

"Fans of the original quartet will be delighted to see how much the world of Tally Youngblood has grown and expanded . . . Even if readers aren't familiar with the original series, they'll still enjoy this well-placed novel from start to finish . . . Westerfeld's many, many fans will line up for this return to the world of his uberpopular Uglies." -- Booklist

"Although set in the world of Uglies, this work is accessible as an entry point. Impressive, immaculately plotted sci fi chock full of twists." -- Kirkus Reviews

"Themes such as environmental conservation and individual freedom deepen the story right up to its explosive finale, which will leave readers looking forward to the next installment." -- Publishers Weekly