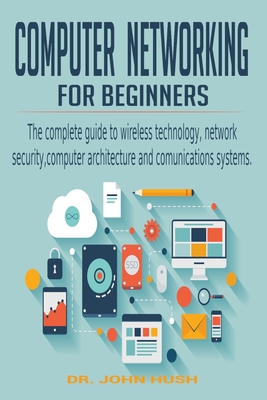 Computer networking can be defined as the technology that makes communication between different computer systems or devices sprinkled all around the globe possible.

Computer networking can also be considered to be a subpart of telecommunications, computer science, information technology, and computer engineering as it uses technology that heavily relies upon the various applications of these scientific and engineering streams. Based upon the area of communication, and the abilities to cater to the specific needs of particular crowds, computer networks can be divided into three large divisions. They are:

There are two methods by which a network between different computer devices can be facilitated: wired connection and wireless connections.

With so many fast-paced facilities and the convenient interface between the users and devices, it is virtually impossible to carry on with our tasks without the concept of computer networking. There are a lot of things for which we use computer networking in our life. Some of them are:

The main goal of computer networking is, of course, to make sharing of resources and data possible all over the world in a small amount of time.

Server- Client model: This structure is aptly suited for the corporate world, where the networking functions are overseen by a central administrator and all the other computers connected to it are called as clients, as used by the employees of the company.

Apart from these, networking also plays a huge role in our day to day activities:

Any set of computers or devices that are interconnected to one another and harbor the ability to exchange data between one another are said to be a part of a computer network.

In today's world, we see a gradual shift from traditional technologies to a world that is soon going to be dominated by Information Technology. As computer networking stands at the center of the IT sector, we must have a firm grip over the topic to be compatible with the slow shift to a world with different priorities.

The goal of the e-Book is simple: It helps the masses educate themselves about the basics and other advanced aspects of Computer Networking in the most simples of ways possible.

In this book you will also learn:

Download the eBook, Computer Networking to have a good knowledge of computer networking.

Scroll to the top of the page and select the buy now button.