The Kings of Israel and Judah (Paperback) 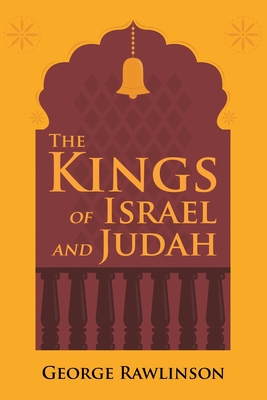 This book brings scripture to life through history.

George Rawlinson chronicles the happenings of the kingdom of Judah from the extravagant reign of King Solomon to its destruction by the Babylonian Empire, and the rule of every king in between.

Rawlinson's account is detailed and from various religious and historical sources. He includes the kings' characters, how they rose to the throne, how they died, and every war, massacre, prophecy, miracle, and conspiracy associated with each.

The book succeeds in putting biblical events into historical context, and paints a holistic picture of the world at the time.

For instance, the interactions between Kings of Judah and Pharaohs of Egypt.

It leaves you with a deeper understanding of the Old Testament and the circumstances from which Christianity emerged.

"The court of Solomon...A place where such wealth, such luxury, and such unrestrained polygamy were rife, was not a school apt for the formation of a strong or self-reliant character."

"It seems to have been under these circumstances that the Israelite monarch called in the aid of his powerful ally and protector, the Egyptian Pharaoh."