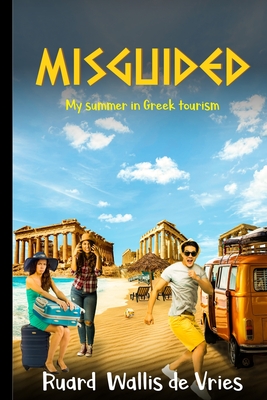 He thought that his brand new degree would open the door to a posh job in Athens, but his depleted bank account had other plans. Before he knew it, Ruard became a holiday rep for a small Greek tour operator. What followed was an eventful summer of dodgy travel agents, noisy hotels, demanding customers, undercover guiding by not-so-official tour guides and coaches that were way too small (or way too big). This is the gripping and often hilarious account of The Prince (a.k.a. The Snake), the "self-taught-the-hard-way" Mr. Mangas, the beautiful Kali and the dramatic Helena. Even Woody Allen makes a guest appearance They are all supporting characters in the heart-warming story of a long hot summer set against the backdrop of the sunny skies, the deep blue sea and some of the most gorgeous locations in Greece.