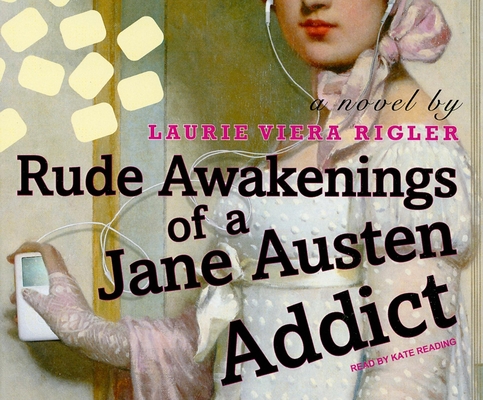 By Laurie Viera Rigler, Kate Reading (Narrated by)
This item is not available.
Out of Print

Laurie Viera Rigler's nationally bestselling debut novel, Confessions of a Jane Austen Addict, took twenty-first-century free spirit Courtney Stone into the social confines of Jane Austen's era. Now, Rude Awakenings of a Jane Austen Addict tells the parallel story of Jane Mansfield, a gentleman's daughter from Regency England who inexplicably awakens in Courtney's overly wired and morally confused modern L.A. life. For Jane, the modern world is not wholly disagreeable. She relishes the privacy, independence, even the power to earn her own money. But how is she to fathom her employer's incomprehensible dictates about "syncing a BlackBerry"? How can she navigate a world in which flirting and kissing and even the sexual act itself raise no matrimonial expectations? Even more bewildering is the friend named Wes, who is as attractive and confusing to Jane as the man who broke her heart back home. It's enough to make her wonder if she would be better off in her own time, where at least the rules are clear-that is, if returning is even an option.

Laurie Viera Rigler is the author of the national bestseller "Confessions of a Jane Austen Addict" and coauthor of "Popping the Question: Real-Life Stories of Marriage Proposals, from the Romantic to the Bizarre."

Stage actress Kate Reading has been a freelance narrator for over twenty years. She has received multiple Audie Awards and nominations, as well as numerous Earphones Awards from "AudioFile" magazine, which has named her Narrator of the Year and, for two years running, Best Voice in Science Fiction and Fantasy.