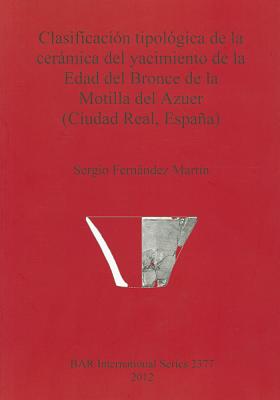 A detailed study of ceramics from the Iberian sites commonly known as 'Las Motillas' - arguably the most singular form of prehistoric settlement on the Iberian Peninsula. Located in the central area of Spain called 'La Mancha' they date to the Bronze Age (2200-1500 cal. BC), with the sites characterised by artificial tells produced by the destruction of complex fortifications with concentric stone walls. These sites were believed to be funerary barrows until the 1970s, when the systematic excavation of La Motilla del Azuer (near Daimiel (Ciudad Real), on the left bank of the Azuer River) was undertaken. From the beginning of the fieldwork, the nature of the fortified settlement quickly appeared, clearly defined thanks to the documentation of a central fortification surrounded by a small settlement and its necropolis. This study assesses the Bronze Age pottery assemblages from the site, presenting a typological and technological classification.