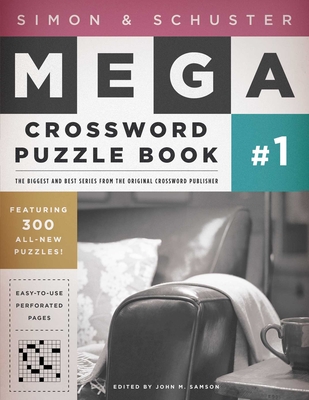 This is book number 1 in the S&S Mega Crossword Puzzles series.

In 1924, Simon & Schuster published its first title, The Cross Word Puzzle Book. Not only was it the publisher's first release—it was the first collection of crossword puzzles ever printed.

Today, more than eighty years later, the legendary Simon & Schuster Crossword Puzzle Book series maintains its status as the standard-bearer for cruciverbal excellence. This series continues to provide the freshest and most original puzzles on the market. Created by the best contemporary constructors—and edited by top puzzle master John M. Samson—these Sunday-sized brain breakers offer hours of stimulation for solvers of every level.

With more puzzles than ever before in one volume, the Simon & Schuster Crossword Puzzle Book series will continue to test the knowledge of solvers everywhere.

Can you take the challenge? Sharpen your pencils, grit your teeth, and find out!