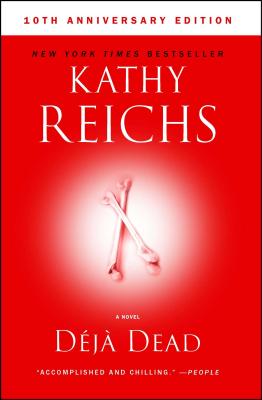 This is book number 1 in the A Temperance Brennan Novel series.

From the New York Times bestselling author of Speaking in Bones, the first Temperance Brennan novel in the “cleverly plotted and expertly maintained series” (The New York Times Book Review).

Her life is devoted to justice—even for those she never knew.

In the year since Temperance Brennan left behind a shaky marriage in North Carolina, work has often preempted her weekend plans to explore Quebec. When a female corpse is discovered meticulously dismembered and stashed in trash bags, Temperance detects an alarming pattern—and she plunges into a harrowing search for a killer. But her investigation is about to place those closest to her—her best friend and her own daughter—in mortal danger…

"Kathy Reichs knows how to put all [of her] exotic experience into a novel....Quebec's own Southern gal give[s] Cornwell a run for the money." -- Margaret Cannon, Globe and Mail

"What makes Déjà Dead so compelling, in addition to the authoritative descriptions of how a forensic scientist 'reads' the story the bones tell, is the character of Brennan -- smart, persistent, gutsy, ironic yet vulnerable." -- Judy Stoffman, Toronto Star