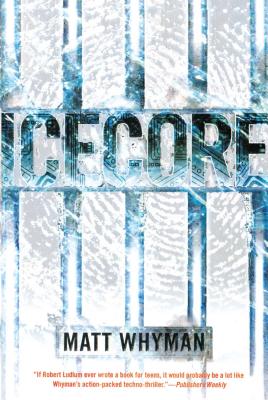 He's a seventeen-year-old British computer hacker who penetrated the security systems at Fort Knox for a laugh. But the American government was less than amused. Since his prank, gold bars have been landing in the hands of terrorists across the globe.

Now, Carl has found himself in a military prison deep in the Arctic and far off the grid. He's been caged alongside the world's most notorious terrorists, with no one to trust and no end in sight.

Carl Hobbes may not be a criminal mastermind, but if he wants to escape this subzero prison with his life, he'll have to start thinking like one.

Matt Whyman is a distinctive contemporary voice in children’s and adult writing. After graduating from the University of East Anglia’s MA in Creative Writing, Matt’s career as a writer has taken him from Agony Uncle columns (Bliss magazine and AOL) and teen self-help guides to the cutting edge of both adult and children’s fiction. His critically acclaimed young adult novel Boy Kills Man was short-listed for several awards, including the 2004 Teenage Book Prize, and praised by Melvin Burgess: ‘Bold, chilling and beautifully written’. It is currently in development as a feature film with the producers of the cult film Kidulthood. Matt is married with four children (and an enormous dog) and lives in West Sussex, England.