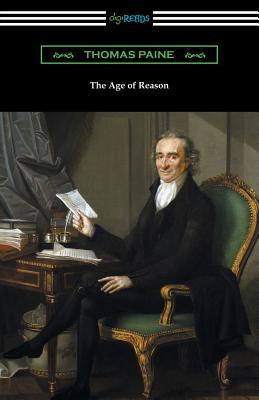 Thomas Paine, a seminal figure in American History, was an Englishman by birth who immigrated to America in 1774, where he quickly took up the cause of the independence of the American colonies from England. His famous work "Common Sense", published in 1776, helped to gain public support for the American Revolution and established him as a central figure among the founding fathers. Later, while living in France during the French Revolution, Paine was dismayed by the increasing political radicalism of the revolutionary movement. In response he wrote the first part of "The Age of Reason" in 1794, with two more parts published in 1795 and 1807. In this influential and controversial work, Paine turns his attention to a philosophical examination of Christianity. Paine lays the foundation of his Secularist Deist philosophy and argues that God is real but that the Bible is not the word of God and is merely a human work that is flawed and inaccurate. Paine further contended that Jesus was not divine, rejected belief in miracles, and argued the world was governed by the laws of nature. Paine criticized organized religion as power hungry and corrupt and advocated for religious tolerance and freedom of thought. Accessible, clever, humorous, and far ahead of its time, "The Age of Reason" continues to resonate with readers today. This edition is printed on premium acid-free paper.