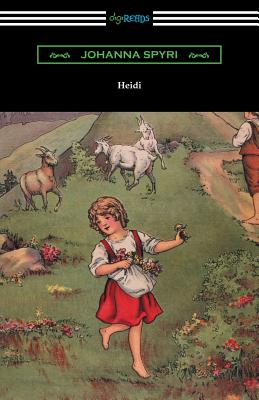 First published in Swiss German in 1881, Johanna Spyri's "Heidi" is the classic children's story which has delighted readers both young and old ever since its original publication. It is the story of its titular character, Heidi, a girl orphaned at the age of five, who is sent to live with her Grandfather in the Swiss Alps by her Aunt Detie. Her Grandfather has the reputation of having a nasty disposition but Heidi quickly warms up to him. Heidi soon befriends her neighbors and residents of the mountain town, however after three years, Aunt Detie returns to bring Heidi to Frankfurt to be a hired companion to a girl named Clara Sesemann, the daughter of a wealthy family, who is regarded as an invalid. While the two become close friends, Heidi eventually develops an intense case of home sickness for the mountain home of her Grandfather and when the family doctor realizes the stress that she is under it is advised that she return to the mountains before she becomes terribly ill. A charming and uplifting story, "Heidi" is a classic coming of age story which addresses the difficulty in overcoming tragedy and finding one's place in the world. This edition is printed on premium acid-free paper and is illustrated by Alice Carsey.