Countdown 1945: The Extraordinary Story of the 116 Days That Changed the World (Large Print / Library Binding) 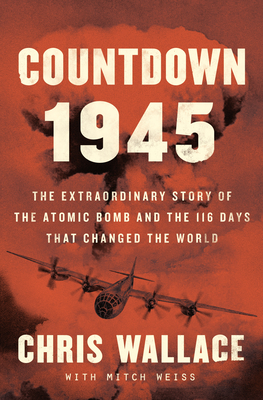 Chris Wallace is the anchor of Fox News Sunday, Fox Broadcasting's Sunday morning public affairs program. He joined Fox News in 2003. In his sixteen years at Fox, Wallace has covered almost every major political event, and he has interviewed U.S. and world leaders, including seven American presidents. Wallace was the first journalist from Fox News to moderate a general election presidential debate in October 2016. Throughout his fifty-plus years in broadcasting, Wallace has won every major broadcast news award for his reporting, including three Emmy Awards, the Dupont-Columbia Silver Baton, and the Peabody Award. Mitch Weiss is a Pulitzer Prize-winning investigative journalist for the Associated Press, covering subjects ranging from military misconduct, government corruption, and white-collar crimes to the housing meltdown and unsafe medical devices. He is also the critically acclaimed author or coauthor of seven books.