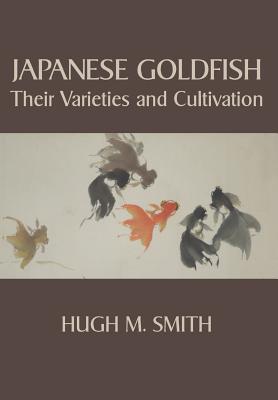 First published in 1909 and long out of print, Japanese Goldfish is a thorough and practical guide to the Japanese methods of goldfish culture for both amateurs and professionals. Written by Hugh M. Smith, former United States deputy commissioner of fisheries and president of the American Fisheries Society, the book discusses general aspects of goldfish culture in Japan; Japanese goldfish breeds and breeding establishments; egg-laying and hatching; food, growth, and care of the fish; diseases and fatalities of eggs and fish; standards of quality; the goldfish trade; and Japanese goldfish in America. It also includes a special appendix, "Goldfish and Their Culture in Japan," by Shinnosuke Matsubara, formerly director of the Imperial Fisheries Institute at Tokyo. The author writes, "While American goldfish culturists and fanciers have developed most efficient methods, there is much for professionals and amateurs to learn from the Japanese, and a discussion of goldfish and their culture from the Japanese viewpoint will be of practical value and general interest to Americans. While there have been published many works dealing with the goldfish and their cultivation, there is none that has just the scope and viewpoint of the present one; and it is believed that herein are set forth certain aspects of Japanese methods that have never before been made known to western readers." This book includes numerous illustrations, including ten full-color pictures of goldfish varieties reproduced from watercolor paintings done from life by the noted Japanese artist J. Urata. The book has been newly designed and typeset by Waking Lion Press and published with the "green" technology of print-on-demand using acid-free, archival-quality paper. An essential volume in the library of every goldfish fancier, this book provides a rare glimpse into the secrets of turn-of-the-century Japanese goldfish keepers.