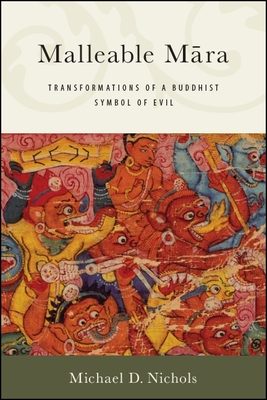 2019 CHOICE Outstanding Academic Title This is the first book to examine the development of the figure of Māra, who appears across Buddhist traditions as a personification of death and desire. Portrayed as a combination of god and demon, Māra serves as a key antagonist to the Buddha, his followers, and Buddhist teaching in general. From ancient India to later Buddhist thought in East Asia to more recent representations in Western culture and media, Māra has been used to satirize Hindu divinities, taken the form of wrathful Tibetan gods, communicated psychoanalytic tropes, and appeared as a villain in episodes of Doctor Who. Michael D. Nichols details and surveys the historical transformations of the Māra figure and demonstrates how different Buddhist communities at different times have used this symbol to react to changing social and historical circumstances. Employing literary and cultural theory, Nichols argues that the representation of Māra closely parallels and reflects the social concerns and anxieties of the particular Buddhist community producing it.