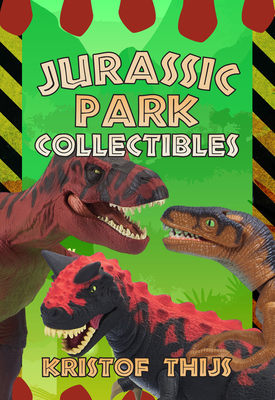 The Jurassic Park dinosaurs were unleashed on the world in 1993. Just like the flock of Gallimimus swarming over the plains of Isla Nublar, the film took the world by storm, making it the highest grossing of its time. A popular toy line by Kenner was released along with the film, followed by many other products bearing the Jurassic Park logo and JP initials. Store shelves were filled with action figures, dinosaur models and hundreds of other products, from bedsheets to potato crisps. Between 1997 and 2015, three more Jurassic Park films were released, each with their own distinctive toys and collectibles, each time bigger, better and with more teeth. Jurassic Park Collectibles spares no expense in taking you back in time to the early 1990s for a nostalgic twenty-five year journey through the history of collecting Jurassic Park.

Kristof Thijs has operated jurassictoys.net for more than 15 years.