Ghost Wars: The Secret History of the CIA, Afghanistan, and Bin Laden, from the Soviet Invasion to September 10, 2001 (Compact Disc) 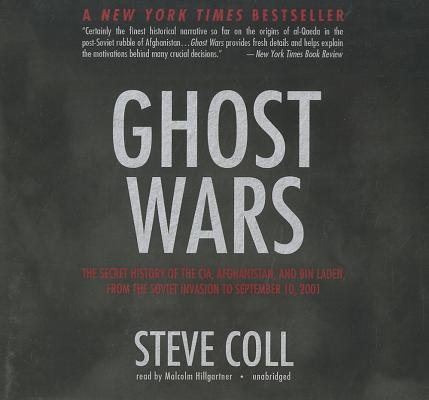 The explosive firsthand account of America's secret history in Afghanistan

To what extent did America's best intelligence analysts grasp the rising threat of Islamist radicalism? Who tried to stop bin Laden and why did they fail? Comprehensively and for the first time, this Pulitzer Prize-winning work by journalist Steve Coll recounts the history of the covert wars in Afghanistan that fueled Islamic militancy and sowed the seeds of the September 11 attacks. Based on scrupulous research and firsthand accounts by key government, intelligence, and military personnel both foreign and American, Ghost Wars details the secret history of the CIA's role in Afghanistan, the rise of the Taliban, the emergence of bin Laden, and the efforts by US forces to find and assassinate bin Laden in Afghanistan.