In Sunlight and in Shadow (Compact Disc) 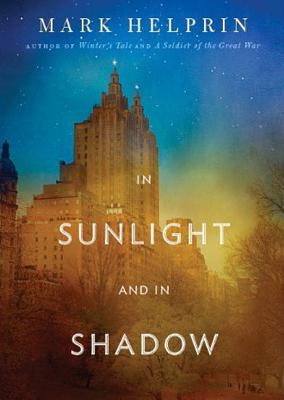 “This magnificent, sweeping story, set in post-WWII Manhattan, took my breath away. I was torn between racing along the swift river of the narrative and needing to pause to drink in luminous sentences and searing paragraphs. The author feeds the soul of the reader as he describes the depths of mind, heart, and spirit of characters whose lives have been shaped by the war, the culture, and the city. A deeply romantic and supremely intelligent novel.”
— Karen Frank, Northshire Bookstore, Manchester Center, VT

Mark Helprin's enchanting and sweeping novel asks a simple question: can love and honor conquer all?

New York in 1947 glows with postwar energy. Harry Copeland, an elite paratrooper who fought behind enemy lines in Europe, returns home to run the family business. In a single, magical encounter on the Staten Island ferry, the young singer and heiress Catherine Thomas Hale falls for him instantly but too late to prevent her engagement to a much older man. Harry and Catherine pursue one another in a romance played out in postwar America's Broadway theaters, Long Island mansions, the offices of financiers, and the haunts of gangsters. Catherine's choice of Harry over her longtime fiance endangers Harry's livelihood-and eventually threatens his life.

Entrancing in its lyricism, In Sunlight and in Shadow so powerfully draws you into New York at the dawn of the modern age that, as in a vivid dream, you will not want to leave.