The Physics of Music and Color (Hardcover) 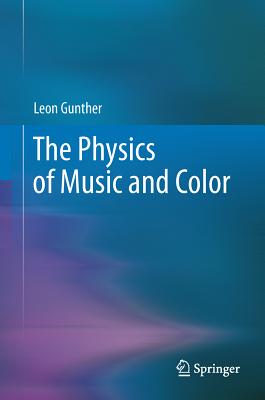 The Physics of Music and Color deals with two subjects, music and color - sound and light in the physically objective sense - in a single volume. The basic underlying physical principles of the two subjects overlap greatly: both music and color are manifestations of wave phenomena, and commonalities exist as to the production, transmission, and detection of sound and light. This book aids readers in studying both subjects, which involve nearly the entire gamut of the fundamental laws of classical as well as modern physics. Where traditional introductory physics and courses are styled so that the basic principles are introduced first and are then applied wherever possible, this book is based on a motivational approach: it introduces a subject by demonstrating a set of related phenomena, challenging readers by calling for a physical basis for what is observed.

The Physics of Music and Color is written at level suitable for college students without any scientific background, requiring only simple algebra and a passing familiarity with trigonometry. It contains numerous problems at the end of each chapter that help the reader to fully grasp the subject.

Leon Gunther has been on the Physics Department faculty at Tufts University since 1965. He got his PhD in Physics from MIT in 1964 and has published over 100 articles, the vast majority being in the field of Condensed Matter Theory. Having begun studies of the violin at the age of seven, he has played in numerous Community Symphony Orchestras, most notably the Newton Symphony, where he was the principal second violinist for ten years, from 1974-1984. In 1994, he founded the community chorus of Temple Emunah in Lexington, MA, known as the Mak'haylah. Programs include music of a wide range of genres - folk, liturgical, and classical. His compositions and arrangements include Hebrew renditions of three movements of the Brahms Requiem.