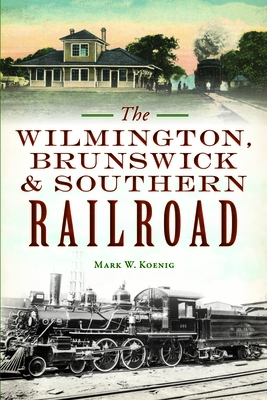 At the turn of the twentieth century, railroads meant progress, growth and development.

In the 1890s Southport, North Carolina became the target destination for a major coaling terminal for ships sailing the Atlantic coast. A new terminal would require a railroad to bring in coal and other supplies. More than twenty companies were formed to pursue this idea over the years, with a few actual accomplishments, but most were purely speculative. Wearying the expectant town for more than twenty-five years, the vision for a great port was whittled down until local entrepreneurs finally built a 30-mile rail line to connect the town to Wilmington.

Local author and railroad historian Mark Koenig chronicles the short life of a short line and the long process of making it a reality.