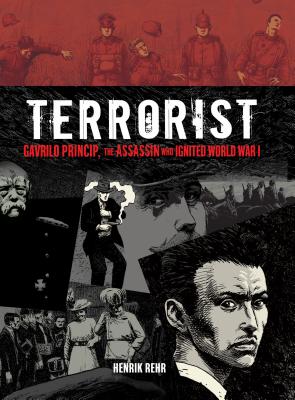 I am not a criminal, because I destroyed that which was evil. I think that I'm good.--Gavrilo Princip, October 23, 1914.

This much we know: On June 28, 1914, a young man stood on a street corner in Sarajevo, aimed a pistol into a stalled car carrying Archduke Franz Ferdinand of Austria, and pulled the trigger. Within a few minutes, the archduke was dead, and Europe would not know peace again for five years. More than 16 million people would die in the fighting that came to be known as World War I.

Little else is known about the young man named Gavrilo Princip. How could a poor student from a tiny Serbian village turn the wheel of history and alter the face of a continent for generations? Henrik Rehr's dark and riveting graphic novel fills the gaps in the historical record and imagines in insightful detail the events that led a boy from Obljaj to become one of history's most significant terrorist.