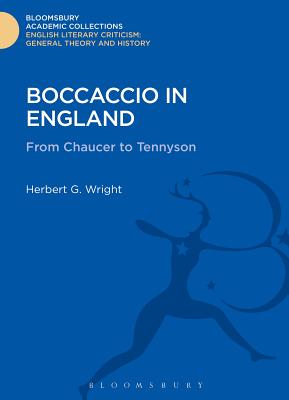 By Herbert G. Wright
This item is not available.

Professor Wright's objective is to see Boccaccio in relation to the personality of the writers to whom he appealed and simultaneously to observe the changing taste of successive ages as it was revealed by their choice among Bocccaccio's writings. Boccaccio was also a Eurpoean literary phenomenon, and this study attempts to consider his fortunes on the Continent. In considering Chaucer's relation to Boccaccio, the author examines Chaucer's poems afresh, studying the Italian originals closely in order to ascertain the precise nature of the English adaptation or transformation. Various minor figures of English literature are also dealt with at some length due to the importance of Boccaccio's influence on their work.

Herbert G. Wright is Professor Emeritus of the University of Wales.