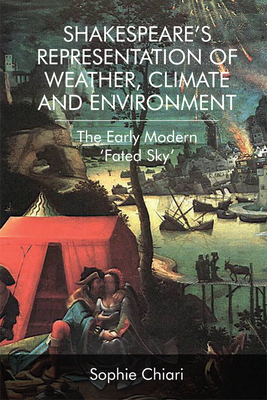 While ecocritical approaches to literary texts receive more and more attention, climate-related issues remain fairly neglected, particularly in the field of Shakespeare studies. This monograph explores the importance of weather and changing skies in early modern England while acknowledging the fact that traditional representations and religious beliefs still fashioned people's relations to meteorological phenomena. At the same time, a growing number of literati stood against determinism and defended free will, thereby insisting on the ability to act upon celestial forces. Sophie Chiari argues that Shakespeare reconciles the scholarly approaches of his time with popular views rooted in superstition and promotes a sensitive, pragmatic understanding of climatic events. Taking into account the influence of classical thought, each of the book's seven chapters addresses a different play where sky-related topics are crucial and considers the way climatic phenomena were presented on stage and how they came to shape the production and reception of Shakespeare's drama.

Sophie Chiari is Professor of Early Modern English Literature at Clermont Auvergne University, France. She has written several books and articles on Shakespeare and his contemporaries. Her recent publications include Shakespeare's Anatomy of Wit: Love's Labour's Lost (2014) and As You Like It: Shakespeare's Comedy of Liberty (2016). She also recently edited The Circulation of Knowledge in Early Modern English Literature (2015).