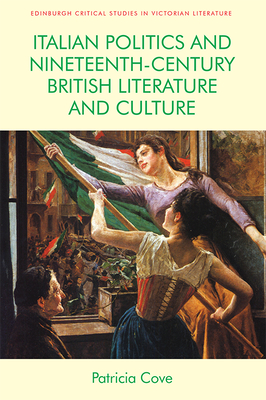 Revitalising critical narratives surrounding the mutually constitutive Anglo-Italian relationship, Cove argues that forging a new state demands both making and unmaking; as the Risorgimento re-mapped Europe's geopolitical reality, it also reframed how the British saw themselves, their politics and their place within Europe.

Patricia Cove is a Writing Advisor at the Dalhousie University Agricultural Campus in Nova Scotia, Canada. She conducted this research as a Social Sciences and Humanities Research Council of Canada Postdoctoral Fellow at the University of Victoria on Vancouver Island. Her research on Victorian and Romantic literature appears in Journal of Victorian Culture, Nineteenth-Century Contexts, Victorian Literature and Culture, Gothic Studies and European Romantic Review.