Cormac McCarthy, Philosophy and the Physics of the Damned (Hardcover) 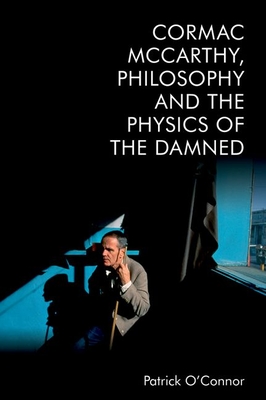 This book explores Cormac McCarthy's literature (novels, plays, screenplays, philosophical essays and unpublished archive material) to uncover a distinct literary philosophy. More specifically, this study elucidates how McCarthy articulates a philosophical perspective which pivots on philosophical themes of mortality, the political, education, nihilism, materialism and language. Tracing these themes from the publication of his earliest novels to his most recent philosophical essays, this book argues that McCarthy offers a unique synthesis of spiritual, ethical and materialist concerns, the understanding of which is essential for coming to terms with his literature.

Patrick O'Connor is a Senior Lecturer in Philosophy in the School of Digital, Technologies and Arts at Staffordshire University. He researches European Philosophy (especially Phenomenology), 19th and 20th Century European Philosophy and 20th Century French Philosophy. His published books include Atheism Reclaimed (2014) on atheism and existentialism and on phenomenology, ethics and the work of Jacques Derrida, Derrida: Profanations (2010). He has published several articles on philosophy, literature, education and film. He hosts the Thales' Well philosophy podcast.